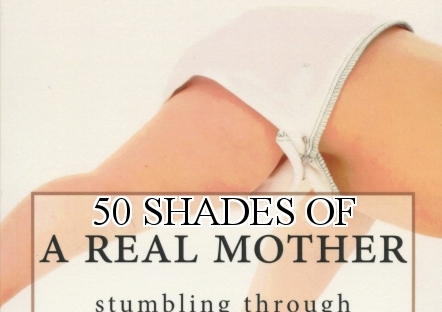 The 50 Shades of Grey Trilogy, written by E.L. James, has become a worldwide phenomenon. This series continues to reach unprecedented sales milestones that suggest every man and woman on the planet currently owns a copy.  The craze started for the self-published James thanks to friends telling friends and ebooks – where women could simply download James’ smutty tales in the privacy of their own homes.

Which, of course, is the digital equivalent of a brown paper bag.

And now, just in time for Valentine’s Day 2015, the movie version hits the big screen.

In 2012, everywhere you looked women were toting around, and actually READING, copies 50 Shades in public. Without so much as blushing.  In the Chicago airport, I witnessed women of all ages, from gray haired grannies to moms with babies in strollers, so totally mesmerized while reading the book they nearly missed their flights.  If the sales numbers are any indication, the odds are good that my own mother has a copy of the book on her nightstand.

The mere thought is so horrifying; I’m going to need therapy.

I thought my accounting firm had picked up a new senior partner.

But apparently female fans are willing to suffer through three books of dreadful dialogue and torturous plotlines to get to the trashy parts.  Because it’s the naughtiness of the book, not James’ literary genius, that got and kept women reading.  And then they started talking, albeit in hushed tones – to their friends about it.  Suddenly word-of-mouth sales landed James on the New York Times best-seller list, a seven-figure book advance and big bucks to ink the deal for the silver screen.  It’s the self-publishing world equivalent of a real-life Cinderella story with a fetish for something other than a Jimmy Choo glass pump.

It seems that 50 Shades has whipped women right into a frenzy – of friskiness.

So it should have come as no surprise that another 50 Shades inspired trend followed.  It commenced in February 2013, which not-so-coincidentally was nine months after the book first hit the mass market.  That’s right, an onslaught of babies arrived in delivery rooms rooms around the globe. The spawn of this  baby boomlet even earned a unique moniker – Greybies.  No doubt, a new generation of Greybies will arrive nine months after the movie premier.

It’s all fun and games until there’s a little plus sign in the EPT window.

Now these women are really going to be tied down.

So for all the moms of Greybies out there, I’m writing some fan fic of my own: 50 Shades of A Real Mother.

It’s not for the faint of heart.  But it’s guaranteed to get your blood pumping.

Here’s a teaser:  Imagine the thrill of hearing your honey whispering in your ear, “Let me cook dinner tonight.”  Fantasize as he puts his hands on your shoulders at the breakfast table, leans over and says, “I’ll drive carpool this morning, you go to Pilates.”  Revel in the moment when he says in a sultry voice, “Why don’t you take a bubble bath and read your book while I put the kids to bed?”

But I’m still worried that a Greybie could make an appearance in my life.  Because if my mom calls to tell me the little sister I’ve always wanted is finally on the way, not even therapy will do the trick.