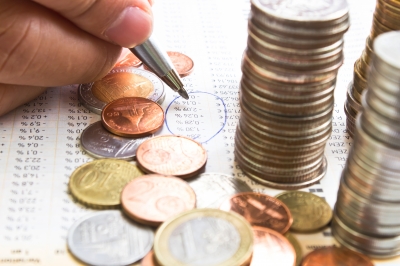 It’s hard to believe you’ll both be in high school next year.  People told me how fast this would happen.  I didn’t believe them.  Folks told me a lot of things back then.  But I’m glad no one offered me this child-rearing statistic – how much it would cost to raise you.  Because I never would’ve believed it.

Now I’m becoming a believer.  Especially when I consider our monthly grocery budget since you two became teenagers.

I point out the money, not because I’m cutting you off when you reach your USDA limit.  Instead, I write because your Father and I want to discuss an important issue that involves matters of currency.

Don’t get excited, we’re not handing out Benjamins.

It’s about our retirement.  Truth is, we’d like to have one – preferably before we’re ninety.

Financial advisors say a solid plan is the key to reaching your monetary goal.  But the cost of child rearing interferes with even the best retirement strategy. After careful consideration and weighing our options, your Father and I have a plan.

The moment we hit that magic retirement age when it’s time to put up our feet, relax and enjoy our Golden Years, the plan is simple.  I can’t believe it took this long to figure it out.  The Plan? We’re going to live with you.

Think of it as a Parental Timeshare.

I’m sure you’ll expect us to follow a few house rules since you’re putting a roof over our heads.  But really, what are you going to do?  Ground us?  We’ll be Senior Citizens.

You’re not the boss of us.

So don’t be surprised when we roll our eyes and make gagging noises when you announce we’re having roasted chicken, garlic mashed potatoes and asparagus for dinner.  I’ll push it around on my plate until your Father can feed it to the dog when you’re not looking. After you go to bed, we’ll sneak into the kitchen and raid your secret Oreo stash.  In the morning, you’ll find the counter covered with crumbs, the empty Oreo box and a warm half-gallon of milk.  We’ll take the Fifth when asked about Nabisco products.

It shouldn’t be shocking when every towel in the house, in varying degrees of wetness, is lying on your lovely hardwood floor.  When you ask why we’re incapable of hanging them up, I’ll stare at you blankly as if you were inquiring in Gaelic.  If you ask more than three times, your Father will look annoyed, shrug and go look for more Oreos.

The moment you’re on the phone, your Father and I will immediately find it necessary to ask you no less than seventeen questions in varying degrees of volume, one of which will be “Where are the Oreos?”

Your Father and I will fight over who gets the remote.  I’ll scream like a deranged badger is gnawing on my shin when he gets to watch Sports Center.  When he decides to change the channel, your Father won’t be able to find remote.  That’s because I put it in the toilet.

See, I told you this was going to be fun.

But the part I’m looking forward to the most?  The grandchildren.  Because when that day comes, honey, I want a ringside seat.  I just hope there’s a seatbelt.

5 thoughts on “It’s All In The Planning”