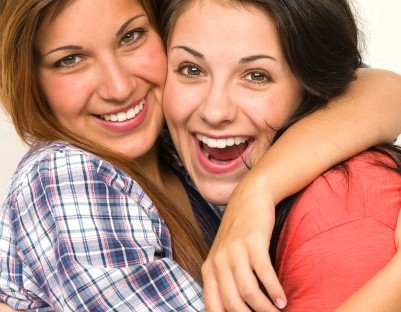 They say that converts are the worst.  Reformed carb addicts have been known to snatch a piece of still warm baguette from your hands while shrieking, “You’ll THANK me for this!”  Reformed smokers complain the loudest when a whiff of a stray puff so much as crosses their nostrils.  And I may be the worst convert of all – because I, too, am reformed.

I’ll admit it; I’m a former Hug Hater.  Now without warning I may embrace you in a bear hug like Joe Biden on the campaign trail. 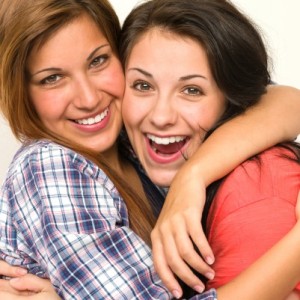 This conversion is particularly noteworthy because I was not raised by a family of Huggers.  My tribe has never been prone to displays of affection.  Not that we were Luddites or lacking human emotion, but all of us would agree our personal space needs are bigger than most.  Hugs were an expression deemed acceptable only on special occasions.

Most of my life I wished I could deploy an Anti-Hugging Vest.  Much like the airline safety floatation device, I could pull the rip cord on the AHV which would inflate in the event of an unexpected hug.  The AHV could provide that body space buffer zone to make that awkward encounter a little more tolerable.

I was perfectly content with all acknowledgements expressed in the form of Hug Substitutes. An animated wave, a hearty handshake or even a high five were totally acceptable.  But when anyone attempted to breach my space bubble by coming in my direction with outstretched arms, I’d freeze in place, most likely with my face frozen in a look of complete horror.

Then the real panic would begin.

Because as a Non-Hugger, I found the rules of engagement of The Hug totally mystifying.  In fact, the entire encounter was downright awkward.  Where do the arms go? What about the hands? Do I go to the left or to the right? Is a cheek peck or air kiss a necessity?  And perhaps most importantly, how long am I required to stand there pretending I’m an enthusiastic participant in this clumsy squeeze?

That question was of particular importance because at the moment of impact, I essentially stopped breathing.

So after years of happily avoiding physical contact, I met the person who would ultimately convert me into a spontaneous creature like Terry in Wayne’s World, prone to sincere, vertebrae snapping hugs and outbursts of “I love you, man!”

I am speaking of The Friend.

The Friend is a Serious Hugger.  Even before I knew her well, she had me in her grips.  “So good to see you!” she’d chirp, when I barely knew her, as she moved in for the Big Squeeze.

And I think she really meant it.

The Friend would hug me Every Single Time she saw me. Later, when I’d go to dinner at her house, she’d hug me when I came to the door.  And then, less than four hours later, when it was time to leave, she’d hug me AGAIN.  The repetition was unprecedented – and life altering.

Because one day when I saw another friend, without even thinking, I moved toward her with outstretched arms while saying, “So good to see you!”

And I really meant it.

While there was a distinct look of surprise on her face, it was not one of horror.  And in that moment I knew, I now was, and forevermore would be, A Hugger.

I never thought I’d say this about hugging but I guess I’ve finally learned to embrace it.