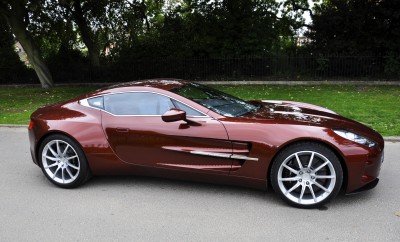 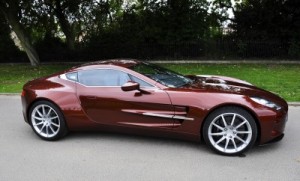 My friend thoughtfully offered to give me a ride.  So when an unfamiliar car pulled into my driveway, I barely glanced up.  But there was my friend, smiling and waving, sitting behind the wheel of a brand new car.

No wonder she was smiling.

When I opened the car door, there was no way to avoid it  – New Car Smell.

Now I had a bad case of New Car Envy.

If my truck smelled like that, I’d sleep in it.  But my vehicle is so old that in the State of Montana, it’s eligible for a Learner’s Permit.  And now it emits an odor that suggests I’ve used it on more than one occasion to transport roadkill.

My truck has vehicular tenacity, which I attribute partially to The Boys but mostly due to my slovenly car habits.  During their early days as passengers they routinely spilled juice boxes and dropped Cheerios from their car seat prisons.   I thought I’d get around to cleaning it up. But eventually I discovered the marriage of cereal crumbs and gummy fossilized juice residue created an impermeable goo that would spot weld surfaces on contact.

Then I noticed something really strange.  Other moms’ cars of the same vintage seemed to be self-destructing.  But not mine.  It was as if The Boys had stumbled upon a homegrown version of Ziebart detailing.  They had created a gluten-based recipe for the equivalent of a spray-on bed liner that functioned much like my grandmother’s plastic sofa cover and industrial Super Glue.

It was impenetrable.  Nothing could escape its grip, including parts of a vehicle that would normally fall off after 12 or 13 years.  But looking at my slightly sticky ride compared to a shiny new car, I couldn’t help but fantasize about a new set of wheels.

In my Consumer Reports-like research, I could find no trend involving faux wood paneling as seen in the Country Squire station wagons of my youth.  What I discovered is today’s consumer is concerned with far more than stylish looks.

I’m talking about the hottest developments in entertainment, connectivity and safety.

Today’s vehicle provides entertainment far beyond the humble, yet quaintly retro, push button AM radio.  You can now customize your ride with individual DVD players, gaming consoles, satellite radio and a dock for your iPad.

It’s no SUV, it’s a family room on wheels – with cupholders.

And now taking that family road trip no longer means you have to pull the plug on staying connected.  In fact, you can plug everything right on in – to your optional power outlets.  Your vehicle can be enabled as a roving WiFi hotspot.  And leave it to Cadillac to think of adding an 8-inch LCD color touch screen built into right into the dashboard that features gesture recognition.

Perhaps there are a few gestures made from behind the wheel the Caddy will refuse to recognize.

The safety features of today’s vehicles are unparalleled.  Imagine the convenience and ease of a self-parking car or the backup collision intervention system. But my favorite is the Tactile Warning System that communicates potential danger to the driver.  But it’s not as complicated as the engineering-speak sounds.

When the car senses an imminent hazard, the seat gooses you.

So when it’s time for my new wheels, I’ve got lots of options to Pimp My Ride.   But in the meantime, I found all I really wanted – that new car smell – in a spray bottle.

5 thoughts on “The Truth About New Car Envy”