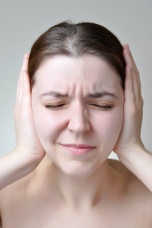 Without fail, for the past 20 years, that little exchange has always been with myself. This was painfully true once the state issued driver’s licenses to The Boys.  But I come from a long line of worriers, so it’s not surprising. My foremothers are naturally inclined to a doomsday view of the world.  As their default setting, worry is as natural to my tribe as breathing.

My mother doesn’t need a mere string of worry beads. She needs something the size of bowling balls because she worries about EVERYTHING. Big stuff.  Little stuff.  It’s all worry-worthy. When she leaves the house, Mom worries that she left the iron on.  She’s concerned that the Big One will hit California even though she doesn’t live there.  In reality, Mom’s probably worried there’s a chance that impending earthquake will knock over the iron she most certainly left on, even though she lives 2000 miles away.  Of course, there’s always the possibility of a band of marauding intruders, a rogue meteor careening toward earth, and identity theft by a Russian hacker.

As Mom is quick to remind me, “Something’s gonna get you.”

Initially, I didn’t inherit my family’s worrywart nature.  In fact, I was pretty easy going. Until I had kids. Then the worry gene kicked in full-force. A perpetual theme in my parental anxiety – how am I screwing my kid up today?  When they were little, I obsessed over safety-related things like choking hazards, crib climbing, and window blinds. When they became teens my concerns were still about safety, but for different reasons. Because, no doubt, they were pulling the same stupid stunts that I did in high school.

But with technology at my fingertips, it’s been easy for me to carry the world’s longest virtual umbilical cord right in my pocket to maintain 24/7 contact.   So now that my baby has gone off to college, you’d think that tendency would be even worse.

And surprisingly, you would be wrong. Two weeks in and I’m handling the empty nest quite well, thank you very much.  So is The Husband.  But apparently, Older Boy has decided it is his duty and Big Brother responsibility to become in loco parentis now that his younger sibling has arrived on campus.

It’s making him a little loco.

Because the other night when he called to relate his tale of angst about his baby brother, he ended with an audible sighed. “I’ve become YOU, mom,” he said.

Older Boy was attempting to deduce Younger Boy’s mood from a three-word text.  “It said ‘Can we talk?’” Older Boy told me.  “Then there was a missed call.  I figured something must be wrong.”

Then he ran into Little Bro on campus with his new pack of college buddies.  “I talked to them all, Mom,” Older Boy said.  “You know, to make sure he was hanging with the right crowd.”

I’ll let his Grandma know that the genes have kicked in so she can send Older Boy a string of the family worry beads.  But without question, she’ll fret about it.  Because she’ll worry they’ll get lost in the mail.